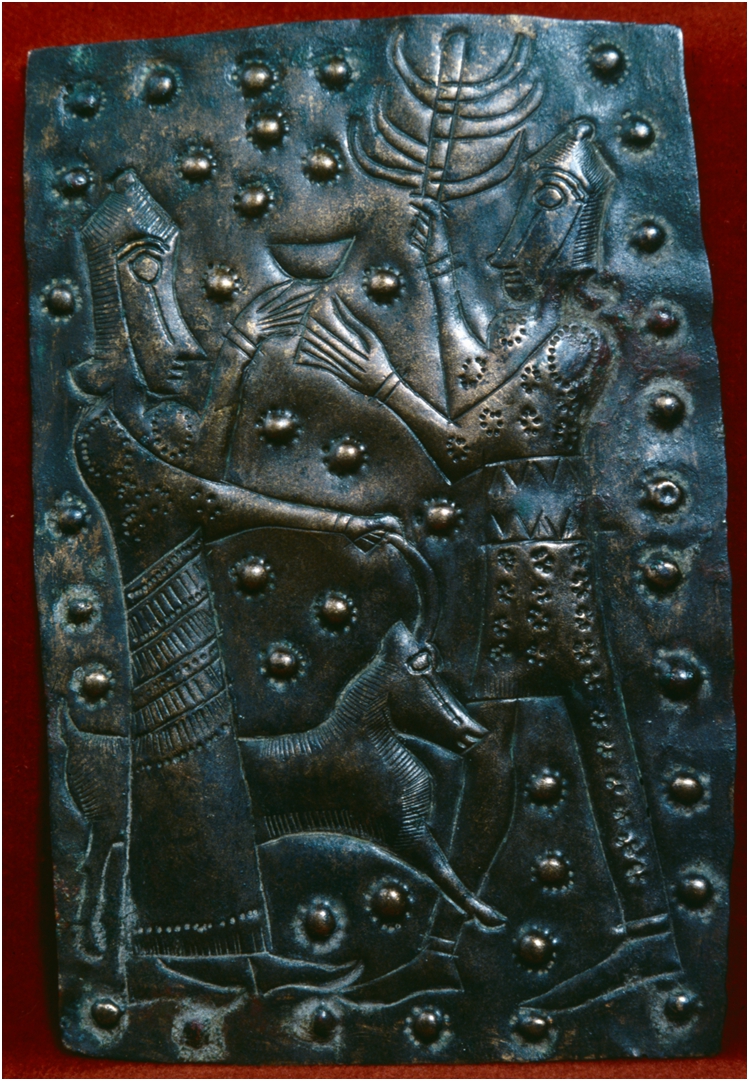 “Votive” means an object given to fulfill a wish or vow. It is an offering. In this case, one which took the form of a plaque. A sheet of bronze (a sturdy mixture of tin and copper) is decorated with designs punched, carved, and hammered into the metal.

It is crafted in the style of the Uratu region of Eastern Turkey. Many cultures lived in present-day Turkey during ancient eras; with the invention of writing and law systems, the Near East is considered the birthplace of civilization.

Two male figures stand confronted on a star-studded field. Each wears a helmet that covers his ears and leaves a tuft of hair visible below. The figure on the right wears a richly-decorated belted garment. He raises a small tree or branched standard and extends his left hand toward the second figure who wears a long, wrapped, fringed garment. This figure raises a cup with his left hand and extends his right hand to touch the horn of what could be a goat or a bull standing behind him.

Votive offerings were usually buried, cast into the sea–put somewhere they were not meant to be unearthed. The offerings, like this one, might contain a wish or desire for whomever the plaque was made. They could also contain curses. Many of these votive offerings are threatened due to decay because of the conditions these items are usually placed in–not exactly conducive to preservation. Roberson is fortunate to have one.

What do you think was wished for based on the plaque’s image?

Comments/in Object of the Week /by Natalie Shoemaker/#permalink